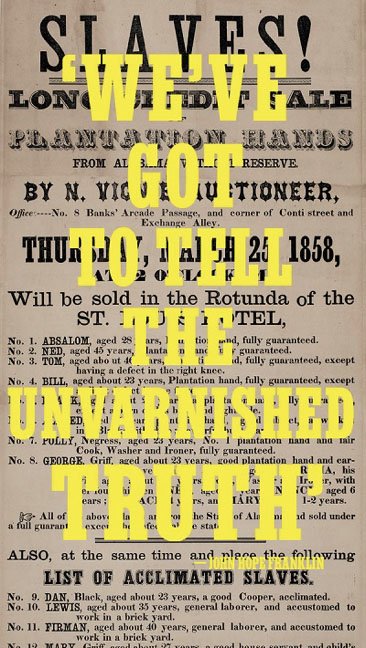 Nikole Hannah-Jones on “The 1619 Project”

In a special new issue, the New York Times magazine is launching a series called “The 1619 Project.” It marks the 400th anniversary of the arrival of the first enslaved Africans in the colony of Virginia. The series examines the ways the legacy of slavery continues to shape America and “aims to reframe American history” to place “the consequences of slavery and the contributions of black Americans at the very center of the story we tell ourselves about who we are.” The journalist behind the project, Nikole Hannah-Jones, joins “CBS This Morning” to discuss the project and why she hopes it will help Americans confront the truth about our own history.

Sometime in 1619, a Portuguese slave ship, the São João Bautista, traveled across the Atlantic Ocean with a hull filled with human cargo: captive Africans from Angola, in southwestern Africa. The men, women and children, most likely from the kingdoms of Ndongo and Kongo, endured the horrific journey, bound for a life of enslavement in Mexico. Almost half the captives had died by the time the ship was seized by two English pirate ships; the remaining Africans were taken to Point Comfort, a port near Jamestown, the capital of the English colony of Virginia, which the Virginia Company of London had established 12 years earlier. The colonist John Rolfe wrote to Sir Edwin Sandys, of the Virginia Company, that in August 1619, a “Dutch man of war” arrived in the colony and “brought not anything but 20 and odd Negroes, which the governor and cape merchant bought for victuals.” The Africans were most likely put to work in the tobacco fields that had recently been established in the area.

Forced labor was not uncommon — Africans and Europeans had been trading goods and people across the Mediterranean for centuries — but enslavement had not been based on race. The trans-Atlantic slave trade, which began as early as the 15th century, introduced a system of slavery that was commercialized, racialized and inherited. Enslaved people were seen not as people at all but as commodities to be bought, sold and exploited. Though people of African descent — free and enslaved — were present in North America as early as the 1500s, the sale of the “20 and odd” African people set the course for what would become slavery in the United States.

The broadside pictured above advertised a slave auction at the St. Louis Hotel in New Orleans on March 25, 1858. Eighteen people were for sale, including a family of six whose youngest child was 1. The artifact is part of the collection of The Smithsonian’s National Museum of African American History and Culture. Its curator of American Slavery, Mary Elliott, cowrote the history of slavery below — told primarily through objects in the museum’s collection.

From the Pulitzer Center:

The 1619 Project, inaugurated with a special issue of The New York Times Magazine, challenges us to reframe U.S. history by marking the year when the first enslaved Africans arrived on Virginia soil as our nation’s foundational date. Here you will find reading guides, activities, and other resources to bring The 1619 Project into your classroom.

Angola was a place barely mentioned in most histories of the slave trade, but this was where it had begun. Historians say there was no question Africans aboard the White Lion had been captured from Angola. And now, because of an invitation from USA TODAY, Wanda Tucker ventured across the ocean.