Very simply, we are a volunteer organization that seeks to build unity within our community through activities, projects, partnerships and collaborations which lift up and celebrate diversity, inclusion and appreciation, and respect for our differences.

We welcome your interest and invite you to contact us if you would like to join our efforts. 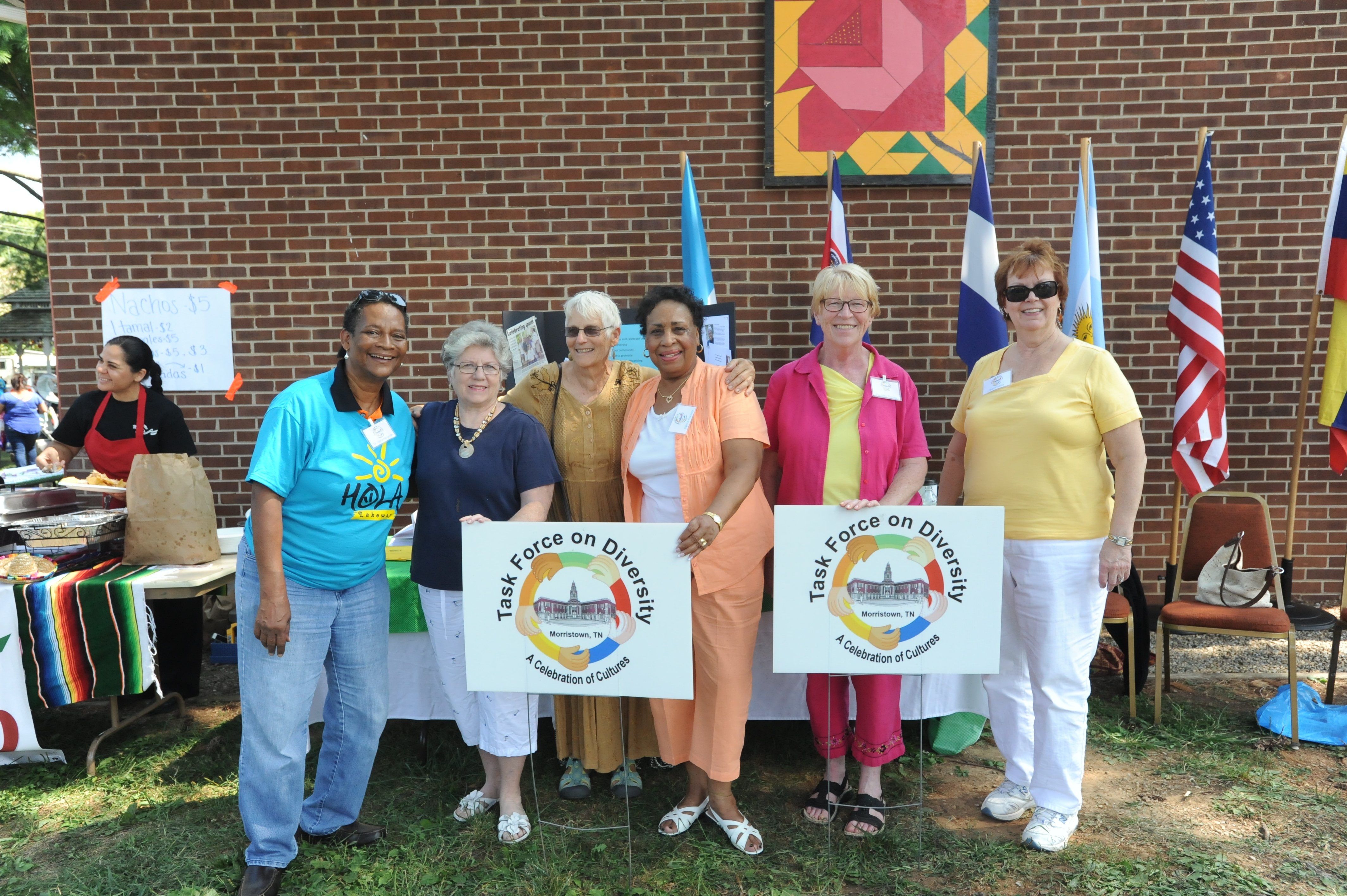 Although we are not operated by city government, we continue to maintain significant connection with that entity and see our work within the context of building awareness and relationships within our community as public service and commitment to justice. We believe this is best done by celebrating the gifts that the diversity of our population provides.

Opening ourselves to learn about others and be able to celebrate differences is especially important for our population and history.

To acknowledge and celebrate the diversity of our community and to promote acceptance and understanding among its residents.

To make Morristown a city where all individuals are equally valued solely “by the content of their character,” and are welcomed and celebrated for the uniqueness they contribute to the community.

Our slogan is “…Promoting unity within the community”

Interestingly, one hundred forty years ago, Hamblen County had a significant number of free, black landowners. And, our community remembers with both nostalgia and some pride, those years when Morristown College, a historic and important black college, was vibrant and active. The college was founded in 1881 by the national Freedman’s Aid Society of the Methodist Episcopal Church. The school was renamed Knoxville College-Morristown in 1989 and closed in 1994.

A cooperative plan by the city and developers is in the works to convert Judson’s Hill, the old Morristown College campus, into a combined use area for different kinds of housing, shops and a community center. The plan is to find ways of preserving and incorporating  the heritage of Morristown College into the plan.

All of this is to say that relationships between all people of color and white residents in Hamblen County have been complex. Black residents of Morristown knew and experienced the same prejudice and denial of civil rights that is part of our nation’s history. At the same time, planted in this region, was both a lifestyle and an institution that created opportunity and trained its students for success and position in the larger society. It was, quite literally, a light shining from a hill – Judson’s Hill.

The rapid growth of the Spanish-speaking population in Hamblen County has brought some of the same incorporation issues that can be found in other parts of the country. Likewise, our community is enriched and broadened in learning about the different cultural features of one another.

The economic bases of our community until the late 1940’s were twofold. They were farming (especially tobacco growing) and small, family-owned businesses. Light industrial manufacturing began to arrive after WWII.

The greatest growth happened in the 1970’s and 1980’s as international businesses began establishing manufacturing plants here. Now, seventeen different countries are represented in our industrial base.  When one goes to the grocery store, one hears different languages and sees products from around the world. Our health system is populated by professionals who come from around the world.

We believe that recognizing the culture and differences of our people creates a mechanism for greater understanding and appreciation.  Finding ways to gather and learn about others lowers the level of fear and suspicion and adds both depth and breadth to our community.

Sometimes, confrontation about issues related to intolerance is essential. However, we believe that in the longer term, celebrating our gifts, our histories, our experiences and our cultures opens pathways to long-lasting cooperation and the kind of deep respect that benefit all.

So…this Task Force is composed of a group of people who see building relationships, cultural awareness and diversity as adding value and strength to our community.  We are a stronger, fairer, more cooperative and healthier community when we can work and play and learn together.